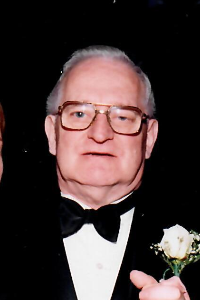 William S. "Bill" King, a lifelong Charlestown resident, entered into eternal life on Friday, November 29, 2019 at the Kaplan Family Hospice House in Danvers. He was 85 years of age.

Bill was born in Boston on January 17, 1934, a son of the late Peter M. King and Anna C. (Joyce) King. He grew up in Charlestown where he was educated in the Boston Public School system and graduated from high school. Bill enlisted into the United States Army on August 2, 1957 and served his country with honor until he was honorably discharged with the rank of Private First Class on August 7, 1958. Bill worked as a mail handler for the United States Postal Service for many years until his retirement in 1997. He also worked as a Sexton at the St. Catherine of Siena Church in Charlestown for many years. Bill enjoyed bingo and fishing in his spare time.

Relatives and friends are invited to attend Bill's Funeral on Wednesday, December 4, 2019 at 9 A.M. from The Carr Funeral Home, 220 Bunker Hill St. Charlestown followed by his Funeral Mass in St. Mary's Church, 55 Warren St. Charlestown at 10 A.M. His burial will be at Holy Cross Cemetery in Malden. His visiting hours will be on Tuesday, December 3, 2019 from 4 to 8 P.M. in the funeral home.