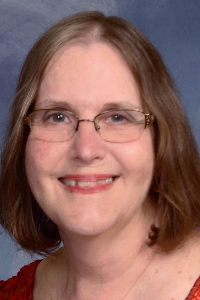 Rev. Ann F. Noland, 65, of Anderson, died suddenly of an embolism on November 27, 2019 at home.
She was born on April 13, 1954 in Anderson, the daughter of Willard C and Maxine (King) Hawkins. She grew up in Anderson and graduated from Anderson High School in 1972, and Purdue University in 1976, where she was a member of Zeta Tau Alpha Sorority.
Always a dedicated Presbyterian, in her later years, she received a calling and graduated from Christian Theological Seminary in 2006 and was ordained on April 10, 2016. Ann's faith, kindness, and generosity inspired those who knew her.
She loved her husband, children and grandchildren dearly.
At the time of her passing, Ann was serving as pastor at First Presbyterian Church, Greenfield, where she had served the past four years. Prior to that she worked as a medical technologist for St. John's Hospital for over 40 years.
Ann was active with Tri Kappa Sorority, Presbyterian Women, Nikaphelia Club, Network of Biblical Storytellers, and was an accomplished seamstress and avid crafter.
Ann is survived by her husband of 44 years, Greg Noland, and four children; Dan (Sara Hargrave) Noland, April (Ron) Groves, Christine (Chris) Nealis, and Robin (Walter) Renderos; 6 grandchildren; Malcolm, Noland, Copeland, Austin, Finnegan and Maxine; a brother; Jack (Neva) Hawkins, and several nieces and nephews.
She was preceded in death by her parents.
Funeral Services will be held on Tuesday, December 3, 2019 at 11 AM at First Presbyterian Church, 230 West 9th Street, Anderson. Burial will follow at East Maplewood Cemetery.
Visitation will be held on Monday, December 2, 2019 from 3:30- 7:30 PM at Rozelle Johnson Funeral Service and on Tuesday, one hour prior to the funeral at the church.
Memorial Contributions may be given to First Presbyterian Church, Greenfield. 116 W. South Street, Greenfield, IN 46140
Post online condolences at www.rozelle-johnson.com