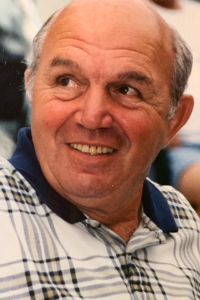 Gene R. Citrano, age 78, of The Villages, FL and a former longtime resident of Medford, passed away unexpectedly, November 14, 2019, at his home. He was the beloved husband of Johanna (DiStaula) Citrano. Born in Boston he was the son of the late John P. and Rose F. (Cristoforo) Citrano.


For many years, Gene was a co-owner of the former Mr. Fred's Clothing Store of Medford, which was a family owned and operated business. He also invested in Real Estate for many years. Prior to retiring to Florida, Gene was an avid golfer and was a former member of the Bear Hill Golf Club in Stoneham where he enjoyed many rounds of golf with his family and friends. He was also a very talented billiard player and an active participant in several billiard leagues at the Villages. When Gene's sons were younger he enjoyed and was very involved in youth sports in Medford, coaching both youth baseball and hockey.


Relatives and friends are respectfully invited to gather for calling hours at the Dello Russo Family Funeral Home, 306 Main St., Medford, Tuesday, November 26th, from 8:30 a.m. to 10:30 a.m. followed by a funeral Mass celebrated in St. Raphael Church, 512 High St., Medford, at 11 a.m. It has been requested that in lieu of flowers contributions may be made in Gene's memory to the St. Jude Children's Research Hospital, Memorials Processing, 501 St. Jude Place, Memphis, TN 38105-9959.