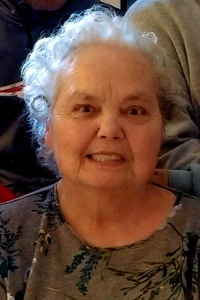 Marie H. Howard, 74, of Howard Lane in Harmony passed away on Sunday, November 17, 2019 surrounded by her family in the Overlook Nursing Center in Pascoag. She was the wife of Robert L. Howard. They had been married for 44 years.

Her funeral will be held Friday at 11:30am in the Anderson-Winfield Funeral Home, Route 44 at Greenville Common, Greenville. Visitation Thursday from 4-7pm. Burial will be in Acotes Hill Cemetery, Chepachet. In lieu of flowers donations may be made to Roger Williams-Rumford Grange #52, c/o Shirley Lawson, Secretary, 120 Wilson Avenue, Rumford RI 02916