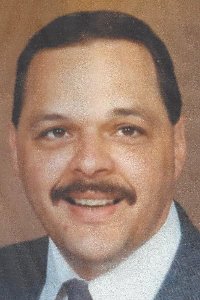 Paul F. Padula, 61, of Plainville, formerly of Franklin, passed away in his home following a long illness on November 17. He was the loving husband of Glenda M. (Zimmerman) Padula for the past 33 years.

Paul was born in Milford, MA on May 26, 1958 to Francis and Jeanette (Armstrong) Padula. He was raised in Franklin and lived in Plainville for the past 33 years.

While in high school Paul had been a member of the track team and was a champion shot put thrower. He was also a talented baseball player and even pitched in the Cape Cod League.

After college, Paul went into the police academy and afterwards became a corrections officer for the Norfolk County House of Corrections. Following this he became a police officer for both the towns of Plainville and Franklin for over 12 years. Before his death, Paul was a security officer at Twin Rivers Casino for over 7 years.

In his free time, Paul coached track and field at Franklin High School, coached his daughter’s softball teams, and his son’s football teams. He was a NRA member and even was an instructor for gun licensing at the North Attleboro Fire range. He was an avid golfer.

His funeral will be held on Friday, November 22 from the Ginley Funeral Home of Franklin (www.ginleyfuneralhomes.com)131 Main Street, Franklin at 9:15 followed by a funeral mass in St. Mary’s Church at 10:00. Burial will be private.

Calling hours will be on Thursday from 4-7 p.m.

In lieu of flowers donations may be made in his memory to the American Cancer Society 3 Speen Street, Framingham, MA 01701.