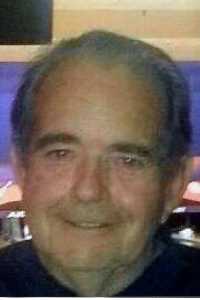 Frank Cabral, 78, of Waterman Avenue, North Providence, died Sunday, November 17, 2019 at Hope Hospice and Palliative Care in Providence. He was the husband of the late Domenica “Peachy” Cabral. They had been married for 46 years before her death in 2007.

Born in Providence, he was one of three sons of the late Frank and Mary (Mello) Cabral. He had lived in North Providence for the past 15 years. He had previously lived in Johnston. He had served in the US Air Force from 1960-1964.

Frank was Operations Manager for JSA before retiring in 2006. He was also a Paralegal in Claims.

His family remembers Frank as a devoted husband, father and grandfather; dedicated to providing for his family and setting an example for his family to emulate in their own marriages. He lovingly cared for his wife during her 10-year illness.


His funeral will be held Thursday at 8:30 am from the Anderson-Winfield Funeral Home, Rt 44 at Greenville Common, Greenville. Mass of Christian Burial at 9:30am in Mary Mother of Mankind Church, 25 Fourth Street, North Providence. Burial will be in St. Ann’s Cemetery, Cranston. Visitation will be held Wednesday afternoon 4-7pm. In lieu of flowers donations in his memory may be made to Hope Hospice and Palliative Care, 1085 North Main Street, Providence, RI 02908

Check back soon for completed obituary