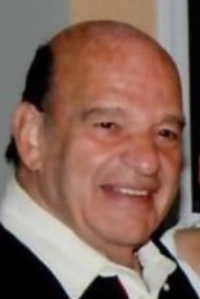 FALL RIVER… Richard D. Gagnon, 82, of Fall River passed away November 9, 2019 at Crawford Health & Rehabilitation Center.
He was the loving husband of Mary Ann (Glover) Gagnon.
Born in Fall River, he was a son of the late Paul L. and Regina S. (Nicolay) Gagnon and had lived his life in the Fall River/Tiverton area.
Mr. Gagnon was a veteran of the United States Army, serving during the Vietnam War. While in the Army, he had achieved the Good Conduct Medal and had taken medical classes. He had graduated with a Bachelor’s Degree from Westmore College before entering one of Bristol Community College’s first nursing programs, where he graduated with his RN as a high honors student. Richard had worked as an RN for the former Trusdale Hospital in Fall River and then at Fall River Visiting Nurse Association for over 30 years prior to his retirement. With his wife, he enjoyed going on cruises, attending PPAC performances, going out to dinner with their friends, cooking and spending time with their family.
Along with his wife, survivors include his son: Jason Gagnon (companion: Michelle Moses) of Crystal River, FL; his brother: Robert Gagnon (wife: Pauline) of Fall River; and his nieces and nephews: Kaylee Presley, Grace Gagnon, Jocelyn Gagnon, Robert Gagnon, Richard Gagnon, Lori Presley and Russell Gagnon. He was the brother of the late Paul L. Gagnon.
Funeral to which relatives and friends are invited will be held Thursday, November 21, 2019 at 11 AM at South Coast Funeral Home, 1555 Pleasant St. Fall River, MA 02723 followed by Entombment at Notre Dame Cemetery, Fall River. Calling hours will be held Thursday from 9 – 11 AM, prior to the funeral.