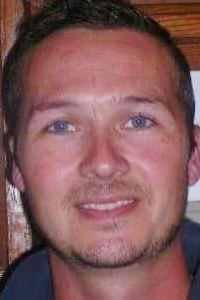 Kenneth Michael O’Connell of Bridgton ME, formerly of Winthrop, MA, passed away peacefully at home on November 16, 2019, at the age of 45, after a courageous battle with cancer. He was the beloved son of Cynthia K. (Allen) and the late Kenneth G. O’Connell of Winthrop, MA & Bridgton ME. Kenny is survived by his devoted wife Johanna R. (Huntress) O’Connell, and their children Briggs and Kenneth as well as his children Emery, Camryn, Noah, and their mother Taryn (Potter) O’Connell of Brownfield, ME. Kenny was the dear brother of Lisa Paulson and her husband Neil of Winthrop, MA and Kathleen O’Connell of Bridgton, ME. He is the son-in-law of John & Judith Huntress and brother-in-law of Jake Huntress of Bridgton, ME. Kenny is also survived by many loving aunts, uncles, cousins, nieces & nephews and many many dear friends.

Kenny was an IBEW Local 103 electrician for many years. Kenny’s greatest passion was his children; he also enjoyed nice sunny days on his deck along with golfing, fishing and bird watching from his ‘office’.

His funeral will be from the Maurice W. Kirby Funeral Home 210 Winthrop St. Winthrop, MA on Thursday, November 21, at 9AM, followed by a Funeral Mass in St. John the Evangelist Church-Winthrop, at 10AM. Relatives and friends are invited. Cremation to follow will be private. Visiting hours will be held in the funeral home on Wednesday from 4-8PM.

In lieu of flowers, donations in his memory may be made to Androscoggin Home Healthcare & Hospice at www.androscoggin.org