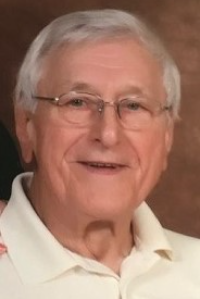 TEWKSBURY: Anthony C. Eringis, age 83, a resident of Tewksbury for 42 years, and active communicant of St. Williams Church, passed away at the Lowell General Hospital on Friday, November 15, 2019.

He was the beloved husband of Helen M. (Schmehling) Eringis, with whom he celebrated their 61st wedding anniversary on April 26, 2019.

Anthony was born in Gustoniu Kaimas a village in the city of Panevežys, Lithuania on October 12, 1936. In 1949, he immigrated to the United States with his parents the late Peter and Elizabeth (Andrišenas) Eringis, his brothers Vyto and Stanley and sister Ono (Eringis) Sabaliunas. They settled in Baltimore, MD.

He graduated from the prestigious Baltimore Polytechnic Institute and worked as a 1ST Class Machinist for Bethlehem Steel. He then began a 36 year career with Continental Can Company / Crown Cork & Seal Company as a Field Service Representative.

He was extremely proud of his Lithuanian Heritage and loved sharing the Lithuanian music, food and culture with his family. He especially enjoyed taking his wife to Lithuania and visiting the family farm where he was born.

Calling hours are Tuesday, Nov. 19, from 4-8 p.m. at the Farmer & Dee Funeral Home, 16 Lee St., Tewksbury. His funeral procession will begin at 9 a.m. on Wednesday, Nov. 20, at the funeral home, followed by his Funeral Mass at 10 a.m. at St. Williams Church, 1351 Main St., Rte. 38, Tewksbury. Services will conclude with Interment at St. Mary Cemetery, Tewksbury.