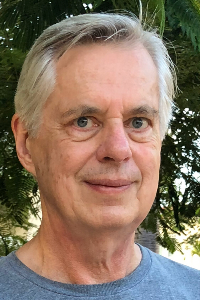 Jeffrey S. “Jeff” Newman, 68, of Franklin, MA died peacefully, at his home, with his children at his side on Thursday, November 14, 2019, following a brief illness. He was the beloved husband of the late Janet “Jan” (Johnson) Newman, who died in 2013.

Born in Indianapolis, IN on September 5, 1951, Jeff was the son of the late Robert M. Newman and Lorraine Pavlot Newman. Jeff lived in Franklin for over 40 years.

He was a member of the Anglican Church of the Redeemer in Franklin where he was a Lay Pastor commissioned by Bishop William Murdoch of the ACNA. He served Redeemer in a number of capacities and was known for his great generosity and wisdom.

Jeff enjoyed working outside and was proud of his ability to fix just about anything. He valued spending time with his four grandsons.

Jeff is survived by his daughter Nicole Samuel and her husband Rotimi of Boxborough, MA, son Eric Newman and his wife Shawna of Aliso Viejo, CA, daughter Kristen Newman of Warwick, RI, and grandsons Josiah and John Samuel and Elijah and Jonah Newman.

Relatives and friends are invited to attend his Memorial Service on Wednesday, November 20, 2019 at 10:30 am at Anglican Church of the Redeemer, 31 Hayward Street, Franklin, MA.

In lieu of flowers, donations may be sent in his memory to Anglican Church of the Redeemer, Franklin, MA.

Arrangements are under the care of the Charles F. Oteri and Son Franklin Funeral Home 33 Cottage St. Franklin.