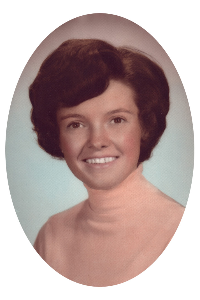 Catherine Ann Riley, 72, of Norton, Massachusetts, passed away unexpectedly on November 4, 2019. Born in Brockton on July 3, 1947, Catherine “Cathy” was the daughter of the late Joseph Benedict and Catherine (Lyons) Riley, and lived in Norton for over thirty years.

Cathy graduated from St. Patrick’s Grammar School and from Cardinal Spellman High School. She spent two years as a novitiate of the Marist Missionary Order in Bedford, Massachusetts. This selfless devotion inspired Cathy to pursue her lifelong mission of helping others in the fields of medicine and public health care.

Cathy received her bachelor’s degree from Salem State and received master’s degrees from Simmons College and Harvard University. She was most proud of her affiliation with the Dr. Tom Dooley Foundation and spent several years in her early twenties performing humanitarian work with that organization in Nepal.

Cathy continued her life’s calling by serving as a manager and administrator in several Massachusetts hospital laboratories. She retired as the manager of the hematology lab at Caritas Good Samaritan Medical Center. Cathy enjoyed cross country skiing, reading, and most especially time with her family.

Cathy will be lovingly remembered by her family members: Mary Riley Itri of Los Angeles, CA; and her brothers, William “Bill” Riley of Sandwich, MA; John F. Riley and Flavia Riley of Bremen, ME; Robert “Bobby” Riley and Janet McGovern of Lakeville and West Yarmouth, MA; Kevin Riley of Walpole, MA; and the late Joseph “Joe” Riley of Brockton, MA, and Ginny Frazier of Truro, MA. Cathy also leaves behind several nieces and nephews: Austin and Ali Itri of Los Angeles, CA; Dan Riley of Washington, D.C.; Joe Riley of Boston, MA; and Johnathan and Katie Riley of Bremen, ME.

A celebratory service of Cathy’s life will be held at a later date. Those who so desire may make memorial donations in Cathy’s memory to the Dr. Tom Dooley Foundation by contacting Dr. Richard Lavely at Laves@aol.com.