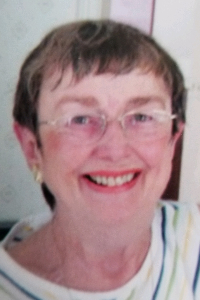 Mary Catherine “Kay” Jacoby, 87, of Franklin, died peacefully on Wednesday, November 13, 2019 at Forge Hill Assisted Living in Franklin. She was the beloved wife of John Jacoby who died in 1995.

Born in Providence, Rhode Island on July 25, 1932, she was the daughter of the late Joseph and Mary (Butler) Kennedy.

Kay was a resident of Franklin since 2016 and formerly resided in West Hartford, Connecticut.

Before her retirement, Kay worked at American Airlines for over 40 years. She was a Eucharistic Minister at St. Thomas the Apostle Church and a Friendly Visitor at St. Mary's home. She was also in the Women's Auxiliary at St. Francis Hospital.

Kay loved to travel with her husband and friends and was an avid Red Sox fan.

She is survived by two brothers, Joseph Kennedy of Las Vegas, Nevada and John Kennedy of St. Petersburg, Florida, a sister Barbara Fenwick of Cary, North Carolina and many nieces and nephews.

She was predeceased by her sister Joan Roque.

Relatives and friends are invited to attend a visitation on Saturday morning, November 23 from 9:00 - 9:40 a.m. at the Ginley Crowley Funeral Home, 3 Barber St. in Medway (www.ginleyfuneralhomes.com) followed by a funeral Mass at St. Joseph Church, 151 Village St. in Medway at 10 a.m.

Burial will follow at St. Mary Cemetery in Foxboro.

In lieu of flowers, expressions of sympathy may be made in Kay’s memory to Catholic Charities of Boston, 275 West Broadway, Boston, MA 02127.