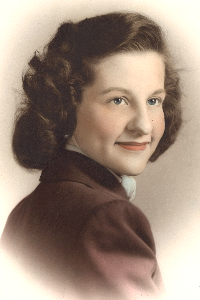 Funeral services will be held 2 PM, Saturday, November 16, 2019 at The Paulk Funeral Home Chapel in Fitzgerald, with the Reverend Dr. Mike Ruffin officiating. Interment will follow in the Evergreen Cemetery in Fitzgerald. The family will receive friends one hour prior to the service at the funeral home on Saturday.

Mrs. Hageman was born October 15, 1929, in Doles, Georgia, to the late Jarrett H. & Inez Reynolds Suggs. She had lived in Fitzgerald since 1935 and attended First Ward School, graduating from Fitzgerald High School in 1947.

She married John Hageman September 24, 1950, and they made their home and raised their family in Fitzgerald for the next 66 years. She enjoyed being a homemaker most of her life and especially cooking. Her family loved her chicken salad, chocolate cake and fried chicken.

She is survived by her daughters: Karen Dooley of Fitzgerald and Sandra & Ron Sweat of Macon; three grandchildren: John & Intan Sweat, Jennifer & Keith Russ and Alison Sweat; and a sister: Tiny Koellmer of Kennesaw. Several nieces and nephews also survive. In addition to her parents, she was preceded in death by her husband John Hageman and sisters: Doris Suggs and Cora Lee Howard.