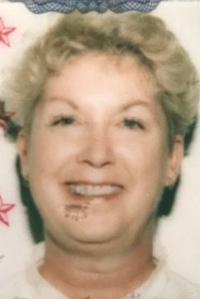 NASHUA, NH: Elaine T. (Norton) Doherty, age 75, of Nashua, NH, a former longtime Tewksbury resident, passed away peacefully at her home in the care of her family on Wednesday, November 13, 2019.

She was the beloved wife of James E. Doherty, who passed away on February 8, 1993.

Born in Medford on June 14, 1944, she was the daughter of the late Patrick F. Norton and the late Nora (Carrigan) Norton.

Elaine was raised in Medford and Malden, and graduated from Malden Catholic High School.

Following high school, she attended the Tewksbury Hospital School of Nursing, where she received her nursing certification.

Elaine worked as a nurse at Tewksbury Hospital for many years until her retirement.

She enjoyed traveling to Ireland and Bermuda, reading a good book, and spending time with her family.