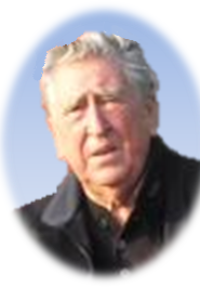 Hugh D. Hamilton, age 91, of Weymouth formerly of Dorchester passed away November 13th at Care One in Randolph. Born and raised in Roxbury, he served in the Navy during WW II. He worked for the Teamsters Local 25 in Boston for many years before retiring. He has lived in Weymouth for the last 20 years and previously lived in Dorchester for many years. Hugh was known as “Grampa” and always had a kind word and a pocket full of candy, and after his retirement he was a fixture at his grandchildren’s sporting events.
Beloved father of Brian M. Hamilton and his wife Deborah of Canton and the late Hugh J. Hamilton. Grandfather of Julia and Christopher Hamilton of Canton. Brother of the late Harold Hamilton, Jeanne Callahan, and James Hamilton. Also survived by his longtime companion Joni Smith of Canton and several nieces and nephews. Visiting hours at the Dockray & Thomas Funeral Home 455 Washington St. Canton Tuesday 4-8 pm. Funeral services private. In lieu of flowers, donations may be made in his memory to the South Shore Support Services, P.O. Box, 890126, Weymouth, MA 02189. For guestbook see www.dockrayandthomasfuneralhome.com