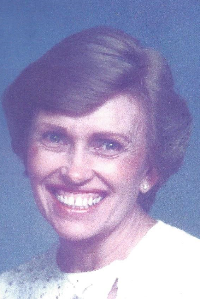 MARLBOROUGH: Edith P. “Edie” (Burns) White, a former longtime resident of Cochituate Village, Wayland, died peacefully and comfortably on November 11, 2019 following a period of declining health at Marlborough Hills Nursing Home.
She was born on September 27, 1934 the daughter of the late Ammon M. Burns and Edith P (Harris) Burns.
Edie was the beloved wife for 57 years of the late Thomas J. White who died on Nov. 6, 2013.
She was the devoted mother of Nancy W. Wasiuk and her husband Donald of Maynard; Ellen M. Davison and her husband John of Pembroke and Kenneth T. White of Waldwick, NJ. Cherished grandmother of Michelle and Stephanie Wasiuk; Bradford and Scott Davison and Jennifer and Jason White. Sister of Marion Dziurdz of Norfolk, Carlton Burns of Wrentham and the late John, Leslie, David and Clyde Burns.
Edie was born and raised on the family farm in Wrentham and graduated from Wrentham High School. She subsequently graduated from Peter Bent Brigham School of Nursing and as a young nurse was present at the first kidney transplant. She later worked for the former Framingham Union Hospital.
She and Tom resided in Wayland for over 25 years where they raised their family and later split their time between Raymond, Maine and Clearwater, Florida where they enjoyed being near the water. In 2000, they returned to Massachusetts and resided in Marlborough. They loved traveling and did so all over the world. Edie shared Tom’s affinity for boating, sailing and swimming with their family on Lake Cochituate and in Maine and Florida.
Among her many activities were knitting, crocheting, tatting and creating many artistic pieces. Edie also enjoyed pressing flowers, designing her own note cards, time spent in her garden and watching all the birds at her residences.
She was a loving wife and devoted to her children and grandchildren and the time that they spent together creating many memories.
Visitations will be held on Saturday, November 16, 2019 from 8:30 to 9:30 am at the John C. Bryant Funeral Home.
Her Mass of Christian Burial will be held on Saturday at 10:00 am at St. George Church, 74 School Street, Framingham followed by interment in Lakeview Cemetery in Wayland.
In lieu of flowers, her family kindly suggests that gifts in Edie’s memory may be sent to the Alzheimers Assoc of MA/NH, 309 Waverly Oaks Road, Watertown, MA 02458 or the charity of the donors choice.