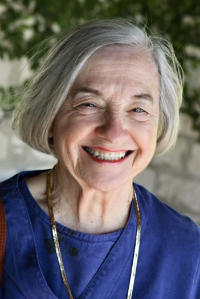 DUDLEY – Dorothy M. Paprocki died Wednesday, November 13, 2019 in Notre Dame du Lac in Worcester after a period of declining health. She along with her sister were affectionately called “The Girls.”

She leaves 2 sisters, Irena R. Paprocki of Auburn and Theresa E. Vincent of Herndon, VA; 5 nieces and nephews, Virginia M. Carmignani of Dudley, Lisa H. Anders of Webster, Mary F. Reilly & her husband Thomas of Ashburn, VA, Katherine A. Vincent of Atlanta, GA, and Donald F. Vincent, Jr. and his spouse Dr. John Hohneker of Boston; many grandnieces and grandnephews; great-grandnieces and great-grandnephews. She was preceded in death by her brothers Henry A. Paprocki and Edward W. Paprocki and by her sister Helen Hajec.

She was born and raised in Dudley, the youngest child of Walter and Mary (Kozlowski) Paprocki. She attended Saint Joseph Grammar School and graduated from Bartlett High School class of 1949, where she was the spelling bee champion.

Miss Paprocki worked for over 35 years as a manager in collections for the General Motors Acceptance Corporation in Worcester, retiring in 1988.

She was a member and daily communicant of Saint Andrew Bobola Church. She and her sister Irena volunteered as soloists for the weekend Masses there for many years.

She was very proud of her yard in which she spent many hours gardening. She and her sister enjoyed traveling extensively, shopping and dining out.

Her funeral will be held Monday, November 18, from the Sitkowski & Malboeuf Funeral Home, 340 School Street, Webster, with a Mass at 11:00 AM in Saint Andrew Bobola Church, 54 West Main Street. Burial will be in St. Joseph Garden of Peace, Webster. A visiting period will be from 9:00 to 10:30 AM Monday in the funeral home prior to the Mass. Donations in her name may be made to Saint Andrew Bobola Church, 54 West Main Street, Dudley, MA 01571.