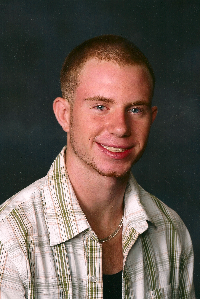 Charlie loved riding his motorcycle. One of his friends described his passion for motorcycle riding as “doing what puts the wind in your hair”. He also loved playing pool with his friends from the Weymouth Eagles.

Charlie is the oldest son of Beverly (Woodlock) LeVine and Ed LeVine of Whitman.
Charlie is survived by his younger brother Jim and both of his parents.

Charlie loved being outdoors. The day he died, he had been for a ride to the Blue Hills and took a hike up to the mountain to enjoy the day. He was a Cub Scout and Boy Scout in Abington’s Troop 41. He went on many great adventures with his friends and never understood why some people just couldn’t tie knots.

He graduated from South Shore Vocational High School in 2009. In the 10 years since high school, he has worked for Reliance Air doing HVAC work and installed solar panels too. For the last few years, he has been an Irrigation Technician with his Grandfather and Aunt, John and Linda Woodlock of Fairview Lawn Sprinkler and Lincoln Faria of Faria Irrigation.

He was also briefly married to the love of his life, Malin (Snow) LeVine of Scituate and Rockland.

Charlie’s last good deed was to be an organ donor so that even after he has left us he will continue to help other people.

Family and friends are invited to attend his visiting hours to be held Friday November 15 from 3:00-7:00 PM in the Blanchard Funeral Chapel, Plymouth Street (Rte. 58 @ the rotary) Whitman. All other services are omitted.

Memorial donations may be made in his name to the Blue Hills Trailside Museum part of the Mass Audubon, “Fund for Nature – Mass Audubon”, 208 South Great Road, Lincoln, MA 01773.