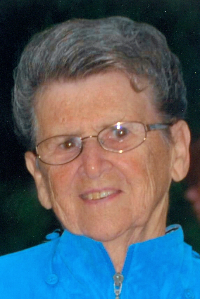 Eleanor T. Miller, of Woburn passed away peacefully, Sunday, November 10, 2019, following a short period of declining health. She was the beloved wife of the late Bernard A. Miller, Jr. Born in Arlington she was the daughter of the late Hugh M. and Elizabeth (Deane) Cullinane.


Eleanor was raised and educated in Arlington where she was a graduate of Arlington Catholic High School. Eleanor settled in Woburn with her husband in 1960 and has been a Woburn resident ever since. She worked for many years as a bookkeeper. Eleanor was always front and center supporting her sons in all their activities and youth sports as well as being there to support her grandchildren with their activities. Eleanor was mostly devoted to her husband and family and nothing gave her more joy than to be surrounded by those she loved. Over the years she enjoyed spending time with her family vacationing on Cape Cod and in her leisure time she also enjoyed bowling. Eleanor took great comfort in her strong Catholic faith and was an active parishioner of St. Joseph Church in Woburn for many years prior to its closing and later attended St. Patrick Church in Stoneham. Eleanor will fondly be remembered for love and devotion to her family, friends and church.


Eleanor was the devoted mother of Paul E. Miller and his wife Amy of Tewksbury, and the late Charles B. Miller. She was the loving grandmother of Kevin, Danny, Alicia, Hannah and David Miller. Sister of the late Arthur, John, Mick and Edmund Cullinane, Mary Lambert, Agnes Kennedy, Doris and Dorothea Cullinane, and Elizabeth Riley. She is also survived by many nieces and nephews.