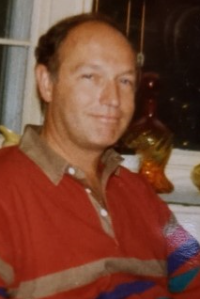 Born in Malden, MA, he was the beloved son of the late Alfred C. and Margaret A. (Leonard) Sandberg. Bill was raised and educated in Winchester, and was a graduate of Winchester High School with the class of 1961. He then attended the University of Denver, where he graduated with a B.S. in Engineering.

Bill began his engineering career at Draper Labs, and then went to work for Textron in Wilmington, where he remained for over 20 years. A quiet man, who was known as a good listener, Bill loved to work with wood, especially Mahogany, and he made many Adirondack chairs.

In his younger days, he enjoyed spending time boating and waterskiing at the family cottage on Kingston Lake. He also enjoyed running and competed in several marathons.

He was a U.S. Army Veteran, serving in the Vietnam era.

Mr. Sandberg leaves behind his sisters: Karen O’Neil and her husband Bob of Burlington and Joan Sandberg of AZ. He was predeceased by a brother and sister-in-law, David and Bobbi Sandberg. He was the uncle of Erin Mosher, and the great-uncle of Hailey, Hannah, Kristin and Kim.

Relatives and friends are kindly invited to gather at the Costello Funeral Home, 177 Washington St., Winchester, on Monday, November 18 from 11-12PM. A Funeral Service will be held in the Funeral Home at 12 noon. Burial will follow in Wildwood Cemetery, Winchester.

In lieu of flowers, donations in Bill’s memory may be made to the Alzheimer’s Association of
MA, 309 Waverly Oaks Rd., Waltham, MA 02452. www.alz.org .