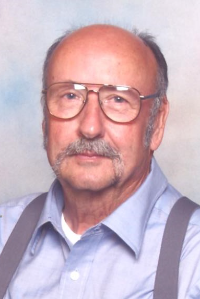 Born July 13, 1942 in Tift County, Mr. Parks was the son of the Robert Chesley Parks and Ruby Conger Parks. He was also preceded in death by his wife, Marjorie McDowell Parks; five brothers; and three sisters. He served in the United States Navy from 1960 to 1964. Before retiring, he worked with the University of Georgia Experiment Station. He was a member of Liberty Baptist Church in Tifton.

Mr. Parks is survived by two daughters and sons-in-law, Robin and Fred Johnson and Rhonda and Mike Flippo, all of Tifton; three grandchildren and their spouses, Amanda and Scott Suggs, Josh and Malia Johnson and Brooke and Chad Hulsey; and five great-grandchildren.