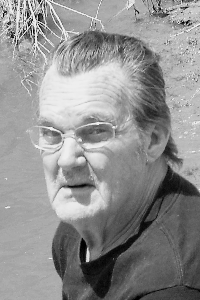 He came into the world on June 29th, 1940 in Providence, RI, the second son of Charles W., Sr. and Sarah V. Jones and brother to four sisters. He was raised and educated in Wareham, where the family lived for all of his childhood. Sam enlisted in the Army and later worked as a mechanic and eventually a carpenter for the majority of his adult life. The love of his life, Loretta, gave him a ride one day and that short ride turned into a conversation that proved to both Sam and Loretta that they were destined to meet. They were married for 51 years until Loretta’s passing in 2012. Together, they raised seven children. They lived for many years in Mashpee and New Mexico. Sam loved shell fishing with Mashpee guys and putting on clam bakes in his younger years. He also enjoyed helping with the annual pow wow stand and cooking for the family. He was a great painter, he loved math, and took great pride in the home he built for the family in Mashpee, with the help of so many in town. He was predeceased by his parents, his siblings; Charles W. Jones, Jr, Harriet Roderick, Doris Belmont, Nancy Handy, and Vivian Gray as well as his daughter Leona A. Jackson and his wife Loretta M (White) Jones. He is survived by six children; Edwin L Jones, Sr, Jessie little doe Baird, Sarah V. Spruill, Charles W. Jones, 3rd, Cecelia V. Martinez, and Samuel G. Jones, Jr. He is also survived by 48 grandchildren and 43 great grandchildren and many daughters and sons-in law including Silvia Rose Jones who, along with his son Sam, Jr. took special care of him in recent years.