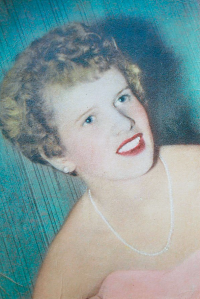 She leaves a daughter, Heidi A. Knapp of Knoxville, TN; 4 grandchildren, Scarlett Makara and her fiancé Kwasi Acheampong of Brimfield, Edward Goldsmith of Charlton, Miles Goldsmith of Connecticut and Lauren Hornick of California; and 4 great-grandchildren. She was preceded in death by her sister Gloria.

She was born in Webster on November 15, 1934, the daughter of Louis D. Haggerty and Bertha A. (Piehl) Haggerty and lived here most of her life.

Barbara was a bookkeeper at a prison in Connecticut for several years before retiring.

She was an active member of Zion Lutheran Church in Oxford. She sang as an alto in the choir and also taught in its Sunday School.

A memorial service will be held on Saturday, November 23, at 1:00 PM in Zion Lutheran Church, 70 South Main Street, Oxford. There are no calling hours. Arrangements are under the direction of Scanlon Funeral Service, 38 East Main Street, Webster.