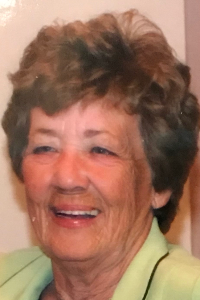 Lois M. Alessi (Harris), age 77, of Easton, formerly of Canton passed away November 8th at the Norwood Hospital. Born and raised in Boston, she graduated from Jeremiah E Burke School in Dorchester. She worked as an Administrative Assistant at the Guild Medical Center in Norwood for many years. She has lived in Easton since 2007 and previously lived in Canton for 30 years.
Beloved wife of Arthur. Mother of Scott Alessi and his wife Joanna of Canton and Stephen Alessi and his wife Regina of Stoughton. Grandmother of Brooke, Taylor, Colin and Anthony. Sister of Patricia DeVeer of Easton and the late John and Edward Harris. Aunt of Michelle Campbell of Easton and Kathy Harris of Quincy. Relatives and friends invited to attend a Funeral Mass at St. John the Evangelist Church, Canton Monday November 18th at 10 am. Visiting hours omitted, burial private. In lieu of flowers, donations may be made in her memory to the Canton Veteran’s Service Department 801 Washington St. Canton, MA 02021.