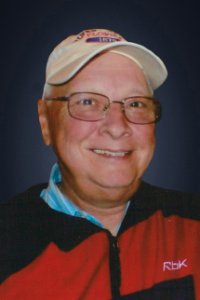 CHICOPEE ~ Norman R. “Buddy” Peloquin, Jr., 75, of the Aldenville section of Chicopee, was Called Safely Home on Saturday, November 9, 2019. He passed into Eternal Life at Baystate Medical Center in Springfield surrounded by the care and comfort of his loving family. He was born in Holyoke on December 23, 1943, a beloved son of the late Norman R. and Aurelia C. (Lincourt) Peloquin. He was raised in Holyoke and moved to Chicopee where he had lived since 1966. He served his country in the United States Navy during the Vietnam War aboard the USS Enterprise and attained the rank of Aviation Boatswains Mate Aircraft Handler Petty Officer 3rd Class. Following his military service, he was employed as a quality control inspector at Acme Chain in Holyoke and later at Rexnord and Gretag Imaging. He later retired in 2010 as a head custodian for the Chicopee Public School Department. He was a 32nd Degree Mason at the Mount Holyoke Lodge, a member of the Melha Shrine in Springfield where he was an Officer in the Director’s Unit and a longtime volunteer at the Shriners Hospital for Children in Springfield. He also was a longtime Boy Scout Leader, an active member of the Pioneer Valley Chapter 8 Campers and a longtime friend of “Bill W.” Above all, he loved spending time with his family and his friends. Besides his parents, he was also predeceased by his cherished son, Norman R. “Rick” Peloquin III who was Called Home on June 17, 1984; his two dear sisters, Sandra Deyo and Linda McKinnon and her husband, David; and his dear brother Nelson Peloquin. He leaves his beloved wife and best friend, Patricia M. (Maes) Peloquin. They were married on September 11, 1965 at the former Nativity of the Blessed Virgin Mary Church in Willimansett and were blessed with over 54 years of happiness together. He also leaves his two dear sisters, Kim Thompson and her husband, Marc, of Springfield and Michele Fasoli and her husband, Richard, of Southampton; his two dear sisters-in-law, Jane Peloquin of Cleveland, GA and Margaret “Peggy” Clark of Chicopee; and his many dear nephews, nieces, cousins, friends and extended members of the Peloquin and Maes families. His funeral will be held on Monday, November 18, 2019 at the St. Pierre – Phaneuf Aldenville Chapels, (413-532-9806), 13 Dale Street, Chicopee, MA 01020 (funeral home will open at 9:30 a.m.), with a 10:30 a.m. Celebration of Life Service in the funeral home. His burial with United States Navy Military Honors will follow the service at Sainte Rose Cemetery, 49 Olsen Street, Chicopee, MA 01020. His family will receive friends at the funeral home on Sunday, November 17, 2019 from 2 p.m. to 5 p.m. The parking lot and main entrance are located in the rear of the funeral home at 20 Lafayette Street, Chicopee, MA 01020. His family requests that memorial donations be made in his memory to the Shriners Hospital for Children, Springfield Unit, 516 Carew Street, Springfield, MA 01104. For more details, please visit:
www.stpierrephaneuf.com