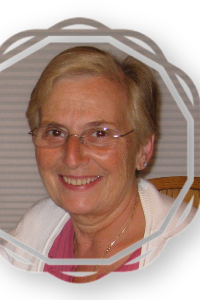 Virginia Diane (Centore) Lawlor, 77 of Norfolk formerly of Canton died November 10 in the Walpole Healthcare . She was the wife of Henry J. Lawlor for the past 53 years.

Born in Medford, July 18, 1942, the daughter of the late Louis and Virginia (Maniscalco) Centore, Virginia was raised in Belmont and had lived in Canton for many years prior to moving to Norfolk.

She was a graduate of Marycliff Academy in Winchester and went back to college at the age of 50 and received a B.S. from Curry College.

She had been a clinical research associate for the Pfizer Corporation before her retirement.

She had formerly worked as an LPN at Cardinal Cushing Hospital in Brockton.

While lived in Canton she had been in the choir of St. John’s Church and had been the director of the CCD program at St. Gerard Church.

In addition to her husband she is survived by her children, Michelle Morin and her husband Jeff of Bellingham, Henry Lawlor, Jr. and his wife Heather of Weston, Brendan Lawlor and his wife Kathleen of Avon, Ohio and Patrick Lawlor of Clearwater, Florida.

She is also survived by her siblings Joyce O’Connell of Franklin and Joseph Centore of Largo, Florida. She was the sister of the late , Anthony, Andy and Louis Centore.

Virginia is also survived by her grandchildren, Anna, Nicholas, Katie, Julia, Sean, Celia, Ryan and Aiden, and many nieces and nephews.

Burial will be in St. Joseph Cemetery, West Roxbury.

Calling hours will be on Thursday from 4- 8 p.m.

Donations may be made in her memory to Massachusetts Citizens for Life 529 Main Street, Boston, MA 02129.