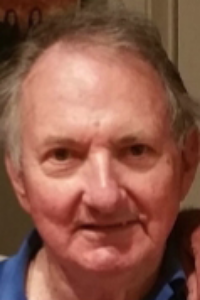 …U.S.C.G. Veteran; 85
TEWKSBURY - Robert Peter Pelletier, age 85, a former Sales Representative and a Peacetime veteran, died peacefully Monday, November 11, at the Mary Immaculate Nursing Center in Lawrence.
He was born in Lynn, in June 1934, a son of the late George and Laura (Saulnier) Pelletier. He lived the greater part of his life in North Tewksbury.
Just after the Korean War, he enlisted into the U.S. Coast Guard, and was honorably discharged as a SK 2nd Class. He graduated from Boston College in 1956.
Bob worked as a Sales Representative in the Paper and Plastic Supply business throughout his long career. He was an avid and accomplished golfer and held memberships at Vesper Country Club in Tyngsboro, and the Andover Country Club.
He leaves a son, Michael Pelletier of Tewksbury; a daughter, Suzanne Pelletier of Boulder, CO; his brother, Norman Pelletier and his wife Janice of NH; several nieces and nephews; and his best friend Don Ritchie from North Andover. He was also the former husband of Beverly (O’Neil) Pelletier and Joan (Haggerty) Pelletier.
Memorial Visiting Hours will be Saturday, November 30, from 1:00 until 3:00 p.m. in the Tewksbury Funeral Home, corner of 1 Dewey and 975 Main Sts. (Rte. 38) TEWKSBURY CENTER, Ph. (800 in MA or 978) 851 2950. Prayers will be offered at 3:00 p.m. In lieu of flowers, memorials to the Epilepsy Foundation of New England, 650 Suffolk St., Ste. 405, Lowell, MA 01854-3694 or visit epilepsy.com/new-england. The Tewksbury Funeral Home is honored to serve the Pelletier family. Visit: tewksburyfuneralhome.com