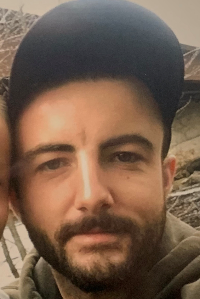 BALDWIN- Ryan D. Smith, age 25, passed away unexpectedly in Baldwin on Nov. 8, 2019.
He was born on April 11, 1994 in Portland. He graduated from Sacopee Valley High School in 2012 and currently owned and operated R&S Property Services.
He will always be remembered for the enjoyment he had racing, playing Texas Hold’em, shooting darts, fishing, working in the outdoors, and spending time with his family and friends.
He is survived by his grandparents- Jesse and Jude Fenderson of Baldwin; mother and stepfather- Lynn and Jacob Staples of Baldwin; father- Richard Smith of Hollis; sister Alisha Johnson and her
boyfriend- Michael Wilson of Biddeford; brothers- Dana Staples and his fiancé Lianne Hoxie-Smith of Cornish, Sean Staples of Baldwin, and Adam Staples of Baldwin; nephew- Steven Michael Wayland II age 9 of Biddeford; nieces- Aurora Lynn Wilson age 5 of Biddeford and Caroline Grace Staples age 9 months of Cornish; grandparents- Butch Nevers of Baldwin, Charlene Staples of Alfred and Russell and Alice Staples of Naples; along with many aunts, uncles, cousins, and friends who loved him so much.
Visiting hours will be held on Friday Nov. 15 from 4 – 6 PM at the Poitras, Neal & York Funeral Home, 71 Maple St., in Cornish, followed by a 6 PM service at the funeral home. Online condolence messages can be submitted at the funeral home website, www.mainefuneral.com