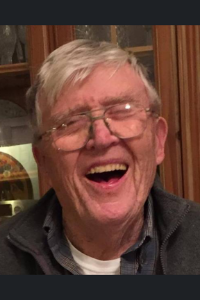 John R. Kinsley Jr., a longtime resident of Somerville and formerly of Charlestown, passed away on Wednesday, November 6, 2019 at the Massachusetts General Hospital. He was 93 years of age.

John was born in Boston on April 5, 1926, a son of the late John R Kinsley and Mary (Meehan) Kinsley. He grew up in Charlestown where he was educated in the Boston Public School system and graduated from high school. John entered into the United States Army on June 7, 1944 and served his country with courage and honor in Central Europe during World War 2. He was honorably discharged on May 31, 1946 with the rank of private. John was recalled into the Army on October 17, 1950 and served during the Korean Conflict. He was honorably discharged on March 12, 1951 with the rank of private first class. John worked as a milray for Gillette for 22 years until his retirement. John was a member of D.A.V. Post #19 of Somerville.