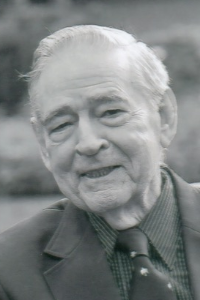 Arthur A. Grimley, 90 of New Bedford died November 8, 2019 at Sippican Healthcare Center.
He was the husband of the late Mary (Cabral) Grimley.
Born in New Bedford, the son of the late John C. and Mary (Hamilton) Grimley, he lived in New Bedford most of his life.
He was formerly employed as a police officer with the New Bedford Police Department for 28 years until his retirement.
Mr. Grimley was a graduate of New Bedford Vocational High School where he was a 4 letter athlete and was inducted into the Hall of Fame.
He served in the U.S. Army during the Korean War.
Survivors include his son, Michael Grimley and his wife Judi of New Bedford; a daughter, Joanne Fortin and her husband Dennis of Dartmouth; 2 grandchildren, Jessica Cagle and her husband David, Matthew Fortin and his wife Jessica; 3 great-grandchildren, Madelyn and Olivia Fortin and Ruby Cagle; and his beloved niece, Nancy Ryan.
He was the brother of the late Robert Grimley, William Grimley, Harry Grimley, Raymond Grimley, Paul Grimley, Leonard Grimley and Rita DeLaCour.
His visiting hours will be on Tuesday November 12, 2019 from 4-6 PM in the Saunders-Dwyer Home for Funerals, 495 Park St., New Bedford. His funeral and burial on Wednesday November 13, 2019 will be private.