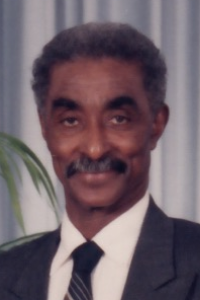 Virgilio Gomes, 88 of New Bedford died November 7, 2019 after a brief illness at home.
He was the husband of Armanda P. (Fonseca) Gomes.
Born and raised in Brava, Cape Verde, son of the late Anna Maria Gomes and Quirino Baptista, he lived in Senegal before moving to New Bedford in 1987.
He was formerly employed as a painter and carpenter for many years.
Survivors include his wife; 2 sons, Joseph Gomes and Manou Gomes, both of New Bedford; 2 daughters, Renee Gautier of France and Catherine Gomes of New Bedford; a brother, Joseph Baptiste of New Bedford; 4 sisters, Maria Mendes, Eugenia Dias, Adeline Baptiste and Domingas Xavier, all of New Bedford; 27 grandchildren; 20 great-grandchildren; many nieces and nephews.
He was the father of the late Angele Gomes and Vivi Gomes.
His Funeral will be held on Tuesday, November12th at 8 AM from the Saunders-Dwyer Home for Funerals, 495 Park Street, New Bedford, followed by his Funeral Mass at Our Lady of Mount Carmel Church at 9 AM. Burial will be in Rural Cemetery. Visiting hours will be on Monday, November 11th from 3-7 PM.