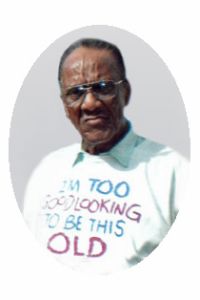 Raymond J. Thatcher, Jr. age 84 of Brockton, died Sunday November 3, 2019 at Royal Rehabilitation & Nursing in Braintree. He was the loving husband of the late Julia L. (Alves) Thatcher. Born in Plymouth and raised in Wareham, he was the son of the late Raymond J. and Harriet (Fisher) Thatcher.

In 1953 Raymond began his military career in the Army for which he was a United States War Veteran of the Korean War. He was employed in construction as a truck driver, and retired after many years.

He enjoyed crossword puzzles, playing the lottery, pranking and making people laugh. Most of all, he enjoyed spending time with family and friends. Raymond made a great impact on his family. He was a patriarch to many and he will be greatly missed.

He is survived by his three granddaughters, Tina M. Fowler of Florida, Julia L. Fowler and her wife Renee of Brockton and Nicole R. Fowler of Rhode Island, two grandsons Terrance Thatcher, Jr and Raymond Thatcher both of Brockton. He was also the grandfather of the late Robert J. Fowler, III of Brockton. He is also survived by 12 great grandchildren, 3 great- great grandchildren, a host of nieces and nephews and many other family members. He was the brother of Corrine McLarin of Maryland, Claudette Lawson of Arizona, James Thatcher of Brockton and the late Mary Roderick of Connecticut.

A Graveside Service with military honors will be held at the Massachusetts National Cemetery, Connery Ave., Bourne, on Wednesday November 13, 2019, at 2:15pm. The repass will take place at the VFW Post located at 283 N. Quincy St., Brockton.