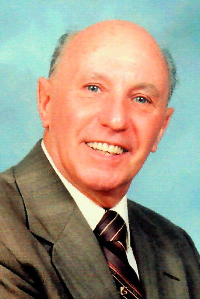 FALL RIVER…Eugene E. Bourdon, 87, of Fall River passed away November 4, 2019 at Hathaway Manor in New Bedford following a long illness.
Born in Boston, he was a son of the late Jeannette (Bourdon) Caouette and was the step-son of the late Oscar Caouette. He had been a lifelong resident of Fall River.
Mr. Bourdon was a veteran of the United States Army, serving during the Korean Conflict. He worked for Carpenter’s Union Local 734 South Shore of 25 years before retiring in 1989. He was a communicant of the former St. Bernadette Parish and enjoyed dancing.
Survivors include his children: Lisa Bourdon of Fall River and Wayne Bourdon & Gary Bourdon, both of Westport; his siblings: Gloria Buckley of Fall River, Linda Sauve of New Bedford and Oscar Caouette of Rehoboth; his grandson: Shawn Ouellette; several nieces & nephews. He was the grandfather of the late Justin Ouellette and the brother of the late Deborah Caouette.
Funeral service to which relatives and friends are invited will be held Thursday, November 7, 2019 at 11 AM at South Coast Funeral Home, 1555 Pleasant St. Fall River, MA 02723 followed by interment at Notre Dame Cemetery, Fall River. Calling hours will be held Thursday from 9 – 11 AM, prior to the service.