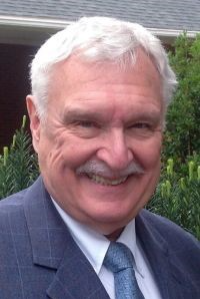 Born January 14, 1940, in Lapeer, Michigan, Kent was the son of the late Irma Burgess Guske and Charles Guske. Kent had a passion for sports, learning and public service. He attended Notre Dame Catholic High School in East Detroit, Michigan, and Roseville (Michigan) High School, and graduated from Pinconning (Michigan) High School, where he played football, basketball, hockey and baseball and ran track. He was named to the all-conference football team twice and served as captain of the basketball team.

After graduating from Georgia Southern, Kent joined the Air Force where he served as a navigator flying KC-135 refueling planes in Vietnam. He rose to the rank of Captain and was awarded the Air Medal, Vietnamese Service Medal, and National Defense Medal for his service. He learned to direct fundraising programs and became a fundraising campaign director for United Way in Atlanta and Birmingham, Historic New Harmony (Indiana), and the Missouri Botanical Garden in St. Louis, Missouri. He taught English and History at Statesboro (GA) HS, Effingham County (GA) HS, Gordon HS (Decatur, GA), where he coached wrestling and football, Radium Springs Jr. HS (Albany, GA), and for 16 years at Worth County HS in Sylvester, GA, where he advised the Key Club and coached the debate team, which won the region in its 2nd year. He was named STAR teacher twice at Worth County High. He worked as the Technology Specialist for Worth County schools, retiring in 2001. Kent developed the open-source "Fund Director" software, which was included in the book Public-Domain Software and Shareware by DeMaria and Fontaine (1988). Kent founded the Worth County-Sylvester, GA Free-Net, a public Internet provider that was described in Newsweek's June 25, 1995, article, "Wired in the Woods." Kent authored articles on navigation and fundraising, and taught courses on telecommunications at Valdosta State College, Georgia State University and for the Brunswick, Georgia, school system and community leaders. Kent served as secretary and president of the Sylvester, Georgia, Lion's Club, as Vestryman for St. Stephen's Episcopal Church in New Harmony, Indiana, as an Elder of Trinity Presbyterian Church in Sylvester, Georgia, and as chairman of various committees for the Boy Scouts of Pelham, Alabama, and Evansville, Indiana. He appeared with his family on the TV game show "Family Feud" in 1979 and 1981.

In lieu of flowers, the family requests that memorial gifts be made to Tifton's First United Methodist Church, 107 12th Street West, Tifton, GA 31794.