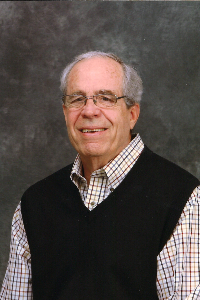 His service will be Tuesday, November 5, at 11:00 AM at Mt. Zion Baptist Church, which Mr. Alexander attended. Aaron Frazier, Pastor, will officiate. Eulogies will be offered by Harry Bowen and Lawson Hobby. Family will receive friends one hour before the service in the social hall of the church.

Mr. Alexander was born in Gainesville, Florida, June 17, 1946, to the late W. D. and Betty Alexander. At an early age he moved to Ashburn, Georgia, where he grew up. He was an honor graduate of Turner County High School, where he had fond memories of playing on the 1963 state winning basketball team and participating and winning many medals in track. His 1964 graduating class, which voted him Best-All-Around, was an unusually close one; and he enjoyed lifelong friendships with members of his class, attending all class reunions as long as his health allowed.

A graduate of the University of Georgia, Mr. Alexander had a lifetime career in banking. He joined C&S Bank of Albany in 1973 and moved with C&S to Dublin, Ga. and LaGrange, Ga., before returning to Tifton in 1992 to take a position with Tifton Bank and Trust. He retired as City President with Colony Bank Sylvester in 2008. In each town where Mr. Alexander lived, he was an active member of the community, including involvement in chambers of commerce, civic clubs, and little league sports.

Mr. Alexander enjoyed traveling; and he and his wife were fortunate to visit all 50 states, Canada, and several European countries. He also made several motorcycle trips with friends, culminating with one in the Swiss Alps.

Mr. Alexander is survived by his wife, Kathy, of almost 50 years; one son, Zack (Jennifer), and two grandchildren, Dustin and Kallie, all of Tifton. In addition to his immediate family, he is survived by his sister, Kathy Notareschi (Ed) of Little River, SC; his mother-in-law, Bobbie Summers of Tifton, and four sisters-in-law: Karen Bryan (Marvin) of Pavo, Karmen Giddens of Tifon, Kay Bowen (Harry) of Tifton, and Karol Pfister (Chip) of St. Simons, as well as numerous nieces and nephews.

The family wishes to thank Georgia Living at Home for their excellent care, especially Angela Hurley, for her many months of dedicated and compassionate care.