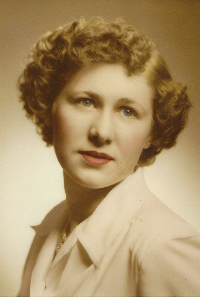 Dorothy V. Knasas (Pursey), age 92, of Canton passed away November 1st at the Good Samaritan Medical Center in Brockton. Born in Prince Edward Island Canada, she was raised in Boston and graduated from Roxbury Memorial High School. She has lived in Canton for the last 23 years and previously lived in Quincy for many years. She worked for many years as a Maintenance Administrator for New England Telephone and also worked at Orchard Cove in Canton with the elderly for many years. She was an avid reader and volunteered at the Canton Public Library two days a week.
Beloved wife of the late Benedict A. Mother of Joanne K. Pretti and her husband Brian of Canton and Robert B. Knasas and his wife Marie of Apache Junction, AZ. Grandmother of Katherine E. Pretti and her husband David Colin of Millburn, NJ, Matthew G. Pretti and his wife Shannon Kelleher of Abington, Brian G. Pretti, Jr. of Brattleboro, VT , Kimberly Knasas of Westboro, and Melanie Knasas and her husband Christopher Baker of Norfolk. Great grandmother of Samson Colin, Cillian and Maeve Dorothy Pretti, Charles Wolf-Pretti, and Cole and Mackenzie Baker. Visiting hours at the Dockray & Thomas Funeral Home 455 Washington St. Canton Friday 4-8 pm. Funeral service at the funeral home Saturday morning at 10:00. Burial Blue Hill Cemetery, Braintree. In lieu of flowers, donations may be made in her memory to the Animal Protection Center of Southeastern Mass 1300 W. Elm St. Ext. Brockton, MA 02301.