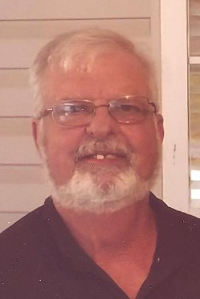 Born July 7, 1956 in Tifton, Mr. Goode was the son of the late Samuel "Wallace" Goode and Barbara Bryan Goode. Before retiring, he was a letter carrier for the United States Postal Service for 41 years. He was a member of New River Baptist Church and Northside Baptist Church.

Mr. Goode is survived by his wife, Retha Goode of Tifton; one son and daughter-in--law, Dustin and Jennifer Goode of Tifton; one daughter and son-in-law, Christy and Kris Richardson of Irwin County; one sister and brother-in-law, Donna and Mike Douglas of Pensacola, Florida; three grandchildren, Gracie Goode, Taylor Goode and Rylan Goode; one step-grandchild, Jordan Houle; and several nieces and nephews.