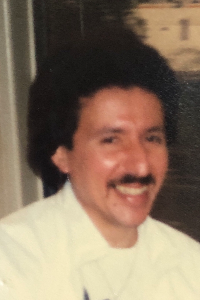 Paul was a lifelong resident of Everett and a retired United States Air Force Veteran Reserve. He worked as a technician for Verizon for 45 years.

Paul was the son of the late Joseph and Josephine (Alba) Cirino. He was the beloved father of Elysia M. Cirino of Stoneham and Joseph A. Cirino of Malden. Paul was the loving brother of Patricia Cirino, Domenic Cirino and his wife Lucille, Donna Gardynski and her husband William, and John Cirino. He was the cherished grandfather of William A. Campbell IV and Olivia K. Campbell. He is also survived by nieces and nephews.

A funeral service will be held at the A. J. Spadafora Funeral Home, 865 Main Street, Malden on Thursday November 7th at 10:00am. Relatives and friends are respectfully invited to attend. Visiting hours will be held at the funeral home on Wednesday from 4-8pm.

In lieu of flowers donations in Paul’s memory may be made to Autism Speaks, 85 Devonshire St. 9th FL, Boston, MA 02109.