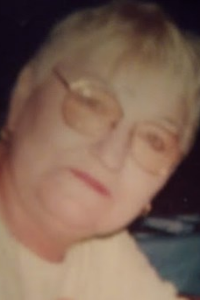 She was born on September 1, 1943 in Anderson, the daughter of Morris and Sue (Brown) Vaughn. She was self employed in promotions for 30 years.

Sally Ann is survived by her mother, Sue B. Vaughn, of Anderson; her daughter, Suzanne (Ian Pitts) Godwin of Middletown, and her cat, "Rosie".

She was preceded in death by her father, Morris Vaughn.