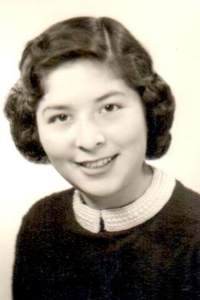 Josephine Louise "Josie" Valencia, 80, of Ojai, passed away on Saturday October 26, 2019 with her family at her side.
Born in the Santa Ana Valley near Lake Casitas she was a 1958 graduate of Nordhoff High School and later graduated from Ventura Junior college. She was the longtime legal secretary for Holt & Holt Attorney's at law, Ventura.
Josie loved her family, her home, working in the garden and growing her flowers. She was a parishoner at St. Thomas Aquinas Roman Catholic Church, Ojai.
She leaves a sister Virginia Rodarte; 2 brothers Joseph L. Valencia Jr. and Edward L. Valencia; several cousins; as well as several nieces, nephews and great nieces and nephews.
Family and friends are invited to visiting hours to be held on Wednesday October 30, 2019 from 5 to 8pm in the JOSEPH P. REARDON FUNERAL HOME & CREMATION SERVICE, 757 E. Main Street Ventura, where a Most Holy Rosary will be recited at 7pm. A Mass of Christian Burial will be held at 11am on Thursday October 31, 2019 in St. Thomas Aquinas Roman Catholic Church, Ojai. Interment will later follow at 2pm in Ivy Lawn Memorial Park, Ventura.