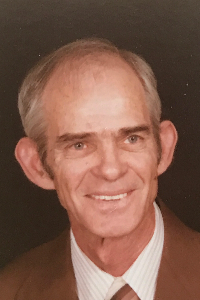 Carl Shepard Johnson, 91, of Tifton passed away Sunday, October 27, 2019, at his residence. His funeral service will be held at 11:00 a.m. Tuesday, October 29, 2019, in the Chapel of Bowen-Donaldson Home for Funerals with the Rev. Josh Campbell and the Rev. Stephen Norris officiating. Mr. Johnson will be laid to rest at Oak Ridge Cemetery. The family will receive friends Tuesday, October 29, 2019, at Bowen-Donaldson Home for Funerals from 10:00 a.m. until the hour of the service.

Born May 10, 1928 in Tifton, Mr. Johnson was the son of the late Ike Monroe Johnson, Sr. and Ellen Vining Johnson. He was also preceded in death by his wife, Edna Grubbs Johnson, who passed away in 1984; one sister, Frances Johnson Young; three brothers, Paul Johnson, Ike Johnson Jr. and Vernon Johnson; and a daughter-in-law, Teresa Henry Johnson. He was employed with I. M. Johnson Furniture Company, Prestolite Wire and he was in real estate sales. After retiring, he worked part-time with Prince Chevrolet, delivering cars to dealerships all over the south.

He was a veteran of the United States Navy and served in the United States Army National Guard.
‘
‘He enjoyed fishing with his brothers and friends. He also enjoyed watching stock car racing and he and his sons spent many Saturday nights in Valdosta at Thunderbowl Speedway. He also took up playing golf after retirement. He was an avid reader of the Bible and anything pertaining to United States history, as well as his family genealogy. His greatest enjoyment was spending time with his children and grandchildren. He was known to them as Papa.

The family would like to express their appreciation for the excellent care he received from Hospice of Tift Area.

Flowers will be accepted or memorial gifts may be made to Hospice of Tift Area, 618 Central Avenue North, Tifton, GA 31794.