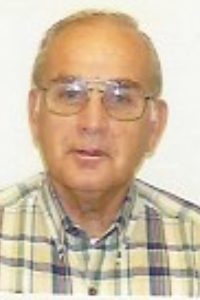 Donald J. Paxton 84, of Franklin, died Tuesday October 22, 2019, at Milford Regional Medical Center. He was the beloved husband of Elsa T. (Dippl) Paxton, with whom he shared 56 years of marriage.

He was raised and educated in Boston, was a graduate of Boston English High School and received a business degree from Bentley University. He then continued his education and graduated from Boston University. Donald worked for Stone & Webster as a cost accountant, until retiring.

A proud American, he served in the United States Army.

He enjoyed spending time with his family, Cape Cod, fishing and traveling to Germany.

In addition to his wife, he is survived by his children, Dianne E. Paxton of Bayfield, Colorado, Carl J. Paxton of Bellingham, Gregory W. Paxton of Uxbridge, a sister Helen E. Paxton of Hanover, and his grandchildren Ryan & Jessie Paxton.

Relatives and friends are invited to attend his funeral service Tuesday Oct. 29th, in the Charles F. Oteri and Son Franklin Funeral Home 33 Cottage St. at 10AM.

Calling hours are Monday from 5-7PM.

In lieu of flowers, donations in his memory may be sent to the American Cancer Society 3 Speen St. Framingham, MA 01701.