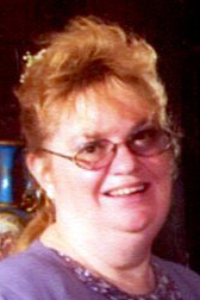 Michaeleen A. (Cashman) Farrell, 66, of Providence, died on Friday, October 18th. She was the wife of the late Stephen Farrell.

Born in Attleboro, MA, she was the daughter of the late Samuel and Mary (Cavanaugh) Cashman.

Michaeleen was a graduate of Cumberland High School. She was previously employed by the Miriam Hospital and Shaw's Supermarket.

Michaeleen is survived by her children: Sean Forant and his wife Pamela of Smithfield and Eric Forant of Pawtucket, her siblings: Tim Cashman and his wife Anne of Wakefield, Mark and his wife Linda of Lebanon, TN and Maura Curran and her husband Sean of Scituate, MA, her grandchildren: Jonathan, Jenna, Isaiah and Rianna. She was the aunt of Dylan, Michaela, Hannah, Patrick, Samantha and Lindsay.

A visitation to which relatives and friends are invited will be held Sunday 4-7pm in the Anderson-Winfield Funeral Home, Rt 44 at Greenville Common, Greenville. Committal will be private.