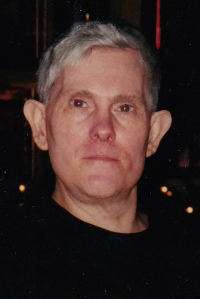 He leaves several cousins, including Cara Simpson of Southbridge and the Benvenuti family; a sister-in-law, Nicole N. Rybacki of N. Grosvenordale, CT; and a dear friend, Heather Vanasse of Connecticut. He was preceded in death by his brother David in 2017.

He was born on August 2, 1944 in Webster, the son of John J. Rybacki, Sr. and Angelina V. (Benvenuti) Rybacki and lived here all his life. He attended Bartlett High School.

Mr. Rybacki worked as a custodian at Dapol Plastics in Worcester, at Bates Shoe Company and at Jeffco Fiber Company, both in Webster. He retired in 1999.

In his retirement, John went to the former Colonial Restaurant almost daily and had many friends there. He enjoyed collecting baseball cards and team pins as well as operating his ham radio. He was a fan of the Chicago Cubs. He belonged to Saint Louis Church.

The family would like to thank the workers at Lanessa Extended Care Facility, especially Chris, for their professional and personal care of John while he was a resident there.

A graveside service will be held on November 1, 2019 at 10:30 AM in Saint Joseph Garden of Peace, Old Worcester Road, Webster. There are no calling hours. Donations in his name may be made to the Webster Senior Center, Church St., Webster, MA 01570. Arrangements are under the direction of Sitkowski & Malboeuf Funeral Home, 340 School Street, Webster.