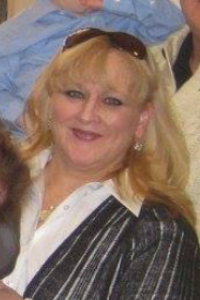 Deborah A. "Debbie" (Poirier) McHugh, a 5 year resident of Hampton Beach, New Hampshire and formerly of Belmont, entered into eternal life suddenly on Saturday, October 19, 2019 at Exeter Hospital in Exeter, New Hampshire. She was 58 years of age.

Debbie was born in Cambridge on May 6, 1961, a daughter of Elizabeth and Lawrence Poirier. She grew up in Belmont where she was educated in the Belmont Public School system and graduated from Belmont High School in 1979. Debbie was a homemaker most of her adult life and enjoyed the dedication of taking care of her husband whom she met in high school and then her children and their families. Debbie enjoyed reading, walking the beach in Hampton and was always concerned with the well being of animals especially her dogs. Debbie's most proud moments in her life where the special times she was able to spend with her 5 grandchildren.

Debbie's Funeral Services and burial will be private.