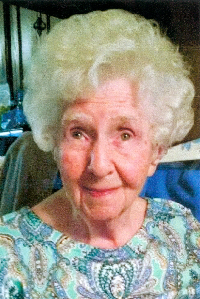 Passed away peacefully, after a period of declining health on October 19th, 2019. She was born in Wakefield on April 6, 1922. She was the cherished daughter of the late Mary Ellen(Jordan) and Emil O. Lundblad. The beloved wife of the late Anthony P. Zona.

Helen lived a life dedicated to faith, family and friends. She lived nearly all of her 97 years in Medford, was a graduate of Medford High School class of 1940, and was a faithful longtime parishioner of St. Raphael’s Parish and a member of Our Ladies Sodality. She was active in many of her children’s activities including Boy Scouts, Brownies and CYO. She enjoyed her family membership at the Medford Boat Club and was one of the founders of their Women’s Bocce League. Helen loved to dance, play bingo and shop and was known never to let an occasion go by without acknowledging it with the “perfect” card and message. She also enjoyed many happy memories with her husband, friends and family in Hampstead, NH and Hollywood Florida.

Her funeral will be held from the McLaughlin – Dello Russo Family Funeral Home, 60 Pleasant St., WOBURN, Friday, October 25th at 10 a.m. Followed by a funeral mass celebrated in St. Raphael Church, 512 High St. Medford, at 11 a.m. Relatives and friends are respectfully invited to attend. Visiting Hours at the funeral home will be held on Thursday, October 24th, from 4 thru 8 p.m. Services will conclude with burial at Oak Grove Cemetery, Medford. To leave an online message of condolences please visit www.dellorusso.net