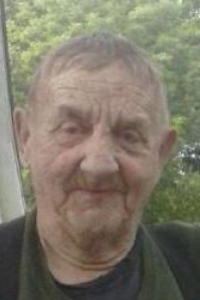 West Baldwin - Irving Q Wing, 84, died at his home surrounded by a huge loving family on October 19, 2019. He was born in Cornish on November 27, 1934, the son of LeRoise and Eva (Parker) Wing. Irv spent his childhood in Cornish, growing up with his family of cousins in the Parker family. He attended Cornish School until the ninth grade.

At the age of 17, he joined the Air Force and served four years. During that period he served time in Korea. He returned home for a while, but decided to go back to military life and joined the Army serving until 1975. He did two tours in Vietnam during that time. The last part of his Army life was spent at Fort Bliss in Texas, living in a small town just outside El Paso.

He moved back to Maine in 1983 and renewed old friendships and made a lot of new friends, one being Dave Jordan. This started 25 years of driving truck for Jordan's Trucking along with his "co-pilot" Terry Walker. He and Deb made a home on Douglas Hill in West Baldwin raising their children and watching many grandchildren grow. Then came the many, many great grandchildren and he loved every one of them!

After retiring from Jordan's Trucking, Irving spent much of his time each day visiting the garage next door and spending time with his favorite friend of 36 years, Howard Burnell. He had a thing for being in a garage and sharing news of the day and old stories. He made many friends that way including Dave Fox, Peter Lewis and Mike Bragdon. He also loved time spent at NAPA with Roger and the gang.

Irving would never admit it but he always watched the Red Sox. He loved football and was a Patriots fan, but watching NASCAR was his favorite pastime. He also enjoyed horse racing.

He loved watching the grandkids grow and he always had plenty of candy for Halloween and Easter or a gift under the Christmas tree from Grampa and Grammie. He always had cash for their birthdays and a lot of hugs. We shall all miss him deeply.

He was predeceased by his parents, Ross and Eva Wing, a brother, William Cross, sisters, Pearla Anderson and Eleanor Berry, and a nephew, Roger Berry. Surviving are his companion of 36 years, Deborah R. Day of West Baldwin. His sons, Robert Wing of Porter, and John Wing and wife Jean of South Hiram. His daughters, Julie James of Standish, and Melanie Howard and husband Jeff of West Baldwin. Extended family Daryl and Michelle Collomy, Matt Day and MaLinda Day. Also many grandchildren and great grandchildren who all love him dearly.

A graveside service will be on Sunday, October 27, at 1 p.m. at Riverside Cemetery in Cornish. Pastor Will Rankin will officiate and there will be U.S. Army Honors. Arrangements are by Poitras, Neal & York Funeral Home. Online condolences may be expressed at: www.mainefuneral.com