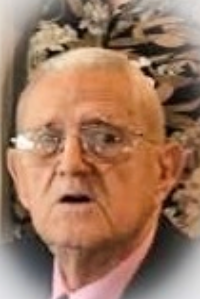 Charlton/Shrewsbury
Roland G. Baribeault, 99, passed away Thursday, October 17, 2019 at Shrewsbury Nursing and Rehabilitation, where he resided for the past several years. Prior to that he lived in Charlton.
His wife of almost 60 years, Mary C. (Fitts) Baribeault died April 6, 2018.Roland leaves many nieces and nephews.
Roland was born June 2, 1920 in Bridgewater, son of the late Roy and Cora (Duby) Baribeault.
He worked for several years at Arland Tool & Die Company and retired in 1979, prior to that he worked for several shoe companies.
Roland was a member of St. Joseph’s Church in Charlton.
There are no calling hours, a graveside service for both he and Mary will be at a date and time to be announced in West Ridge Cemetery in Charlton.
In lieu of flowers, memorial contributions may be made to: MA. Eye and Ear Infirmary, 243 Charles St., Boston, MA. 02114.
The ROBERT J. MILLER-CHARLTON FUNERAL HOME, 175 Old Worcester Rd. is assisting with arrangements
To leave a message of condolence, please visit:RJMillerfunerals.net