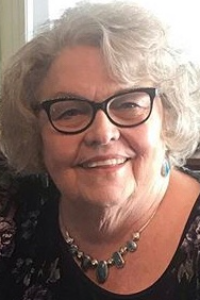 Nancy Kay Van Wyk, 73 of Prosser, WA, passed away peacefully in her home on October 13, 2019. She was born in Pasco, WA on December 6, 1945. She was raised in Mabton, WA and went to Mabton High School. She was the oldest of seven children and is survived by three brothers and three sisters.
She married Neil Van Wyk from Granger, WA, On June 27, 1963. They celebrated their 56th wedding anniversary in June. They moved to Seattle, WA in 1965 and raised four daughters. Upon retirement in 2005 they moved back to the Yakima Valley and they became a caretaker to her aging parents Ray and Pat Beeman who preceded her in death.
Along with her husband and family she served faithfully as one of Jehovah’s Witnesses. She attended the Prosser Kingdom Hall of Jehovah’s Witnesses and just as much as they loved her, she loved them all in return. She loved her family and friends and looks forward to being reunited with them in the paradise earth that God has promised. (Ps. 37:29) and a time when no one will ever die. (Isa. 25:8)
She loved to watch football with her family and especially loved the Seahawks, Cougars and Huskies. She loved to crochet and everyone who knew her received a hand made gift sooner or later. She was a master gardener and landscaper. Her favorite saying was “Momma’s Garden, Daddy’s Weeds.” Nancy will be remembered for her beautiful smile and amazing laugh.
She is survived by the love of her life, Neil Van Wyk; daughter, Tracy and Jeff Crabtree and their children, Piper and Pike; daughter, Tami and Gary Tiplady and their daughter, Lily; daughter, Tara and Randy Bergum; and daughter, TeNeil and Eddie Gregory and their children, O’Neil and Scotland; along with her very best friends, Roy and Pam Reeves.
A Celebration of Life will be held Sunday, November 3, 2019 at 1:00 pm at the Walter Clore Center 2140A Wine Country Rd, Prosser WA 99350. You may leave a message for the family at www.Prosserfuneralhome.com