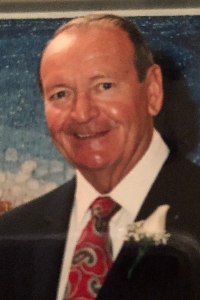 TSIUMIS, John E. Jr., of Naples FL. and formerly of Winthrop, passed away on October 16, 2019. He was 88 years old. He was the beloved husband of the late Joan P. (Flynn) Tsiumis. Born in Boston, he was the son of the late John E. and Marie (Peterson) Tsiumis Sr.

John lived in Winthrop until making his residency in Naples, Florida in 1997. He was a graduate of Winthrop High-Class of 1950. After high school, John enlisted in the U.S. Army and served during the Korean War from 1953-1955. After his military service, John was employed and then eventually retired as a Registry Inspector for the Mass. Registry of Motor Vehicles Police (now State Police). He was a member of the American Legion, Hardee Mills Post 135, Naples, FL, life member of the Disabled American Veterans, life member of the Winthrop Lodge of Elks #1078 and a member of the Cottage Park Yacht Club in Winthrop. John was an avid Red Sox and New England Patriots fan.

Family and friends are invited to visit with the family at the Maurice W. Kirby Funeral Home 210 Winthrop St. Winthrop, on Thursday, October 24, from 9-11AM, followed by a funeral Mass in St. John the Evangelist Church-Winthrop at 11:30AM. Interment will follow in Winthrop Cemetery.